The configuration of the energy supply system is changing, in particular due to the development of new production technologies, like renewable energies. As a consequence, also the market structure is changing, whereby the consumer is no longer a simple passive individual. Thus new opportunities are opening up even for industries; perhaps not really relevant to all the national situations – Europe in terms of energy supply is still strongly divided internally – but certainly interesting to know.

At the 2015 Aticelca Congress in Sestri Levante (GE) Giovanni Prezioso, development manager at E.ON Energy Projects (EEP), presented an application that E.ON  developed and implemented successfully in Germany at its cogeneration power plant in Platting dedicated to the supply of the of UPM paper mills.

«The whole of Europe has now gone from the old configuration of centralised production with distribution and consumption by either residential or industrial end users, to a paradigm in which there are new sources of energy production and a new way for the end user to interface with the electrical grid operator»; it is evolving towards the smart grid concept. In this context E.ON Connecting Energies (ECT) supplies services and solutions for industrial cogeneration plants, energy efficiency and virtual power plants that integrating various energy sources, collects loads from the power plants to offer electrical energy to the markets. EEP is part of this division and it is experienced in developing, financing, building and operating cogeneration plants, with several references all over Europe dedicated also to the steam and power supply of paper mills.

In its factory Plattling, UPM produces 800 thousand tonnes of paper each year and E.ON installed a 125 MWe combined cycle plant, consisting of a gas turbine (GE 6FA+e), a steam turbine (extracting condensing) and a heat recovery steam generator. The plant works for 8,200 hours a year, producing 200 t/h of steam and has been operative since 2010.

«We have carried out a continuous technical and operational rationalisation» says Prezioso. «Technically through improving the plant’s maintenance, whilst, on the operational level, we have made it so that it has become an element of optimisation of the electric market by dispatching the available power to the electric system, to meet the balance required by the grid operator. This means that, when the national system is in deficit, the electric operator can ask the E.ON plant to let available the power according the needs».

After the first phase of analysis carried out together with the German electric operator, the paper mill power plant was optimised so that it could supply the requested powerfor balancing the electric grid. «The implementation was gradual, since we did not know the dynamics of this new market, nor the effects on the power plants’ components of this type of operation. In 2011, therefore, 15 MWe were made available from the gas turbine, by modifying its logic., Once extensive checks were carried out to ensure that it was working properly, in 2013, the system was also implemented on the steam turbine, involving thermal recovery and letting available an additional 10 MWe. The balance service, in practice, is done both with the gas and steam turbines» .

These operations were carried out alongside the paper mill, also in order to ensure that they would not in any way compromise the factory’s needs. «It is a system created to serve the customer and achieved in strict collaboration with him, sharing, in part, the benefits». 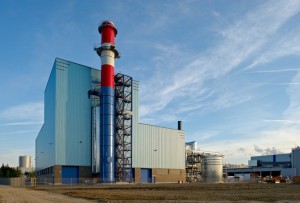 The UPM plant was the first experience in the implementation of this solution that E.ON then transferred to other sites on different gas and steam turbines, not only different by type but also different as manufacturer. » For more than four years we have experienced such implementation and we are also developing it on different power plants» .

In Italy there are similar mechanisms to the German ones and it is interesting particularly because of the need to create a balance owing to the reduced programmability of electricity generation due to the wide range of renewable power plants.

Certainly, Prezioso explains, it is a system which is better suited to existing power plants with a certain amount of overcapacity, whilst it is less compatible with newly power plants which are designed according to the needs of the paper mills. 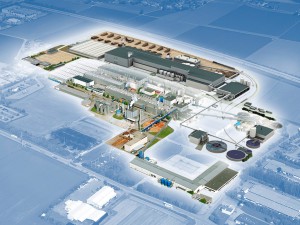