Ecol Studio is expanding in Europe with the opening of the first office in Sweden. A new office to which international companies will be able to turn to receive advice in close collaboration with the laboratory and the MOCA/Carta di Lucca team.

Ecol Studio, an Italian company specialising in laboratory analysis, consultancy and training, operating for more than 36 years in the management of product quality, the environment and safety at work, is opening a business in Sweden, thus starting its own growth path which will have as a focus the development of the paper chain in European countries.

The new office of the Ecol Studio Consulting AB has recently been opened in Lund, in the south of Sweden, a short distance from Malmö and also within easy reach of Copenhagen. Thus the Italian company is bringing its own consultancy approach into northern Europe as well, which allows its corporate customers to achieve significant results in terms of sustainability, creating, at the same time, a real competitive advantage.

The company is currently led by Consuelo Giordani who, after several decades of experience as a consultant and area manager, and after having served as general manager in Ecol Studio spa, will look after international customers in collaboration with the laboratory and the MOCA/Carta di Lucca team. «At the moment», explains Claudio Fornari, administrator of Ecol Studio spa, «Lund is a very lean structure, one sales office with two people who carry out both consultancy and the identification of needs. But what is important is that the numerous companies with offices located in Scandinavia and throughout Europe can, from today, have a single contact and, with Ecol Studio, plan a tailor-made support based on the requirements of the various sites and individual conditions».

«With the opening in Sweden», continues Fornari, «Ecol Studio is taking the first step of an internationalisation plan which came about following on from numerous requests from our customers. In fact, looking after increasingly large and international customers, we have the practical need to be close to them, both for highly customised technical assistance and for legislative assistance which differs from country to country. It is complex carrying out this type of consultancy remotely from Italy: not only is it difficult from an operating point of view, but also it is not very effective or cost efficient. We have therefore begun this process, starting with the paper market, which is one of the fields in which Ecol Studio stands out. And this is why we have chosen to begin in a Scandinavian country, a top paper producer and real flagship for this industry in which can be found organisations with well advanced standards of development. Sweden is one of Ecol Studio’s five target countries. In the near future we have planned an opening in England, where we have already identified the structure and begun a series of commercial actions. Other countries have been identified as strategic for us and our customers, and we will invest there in the next few years. All this will take place over a two year period at a fast pace because international companies increasingly need our services and we need to be close to them where they are. It is not a question, therefore, of a company expansion policy as an end itself, but rather of the practical need to be physically near to the customers to whom we wish to offer a value-added service, which goes from protecting the environment, through worker protection to that of the end user. Ecol Studio has always set itself up as a strategic partner for those businesses which are aiming for growth based on policies focused on sustainable development, distinguishing themselves through being available to market needs and the readiness with which it manages to meet customers’ requirements. To have the possibility of helping and looking after our customers in Europe becomes fundamental for continuing to work efficiently with them and guaranteeing an effective and timely service». 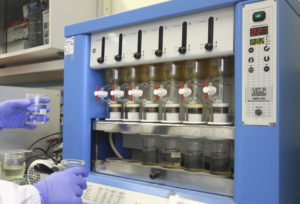 From Italy to Europe with the same approach

«Thanks to working in synergy from offices located in the centre-north of Italy – Turin, Milan, Padua, Udine, Ravenna, Lucca, Bagni di Lucca and Rosignano», concludes Fornari, «Ecol Studio closed 2017 with a turnover just below 15 million euros. We work mainly throughout Italy, keeping as close contact as possible with our customers: after all, Italy can be considered as a sort of “mini Europe”, in which every region represents a little a small state with specific and separate laws. It is therefore necessary to approach each individual situation and be in tune with it in order to give good advice.

Within a couple of years, by 2020, we are aiming, thanks also to the European expansion, to reach a turnover of 20 million euros. And in particular we want to confirm our position as a company of reference for the paper sector, both in Italy and in the rest of the world».