Today the European Recovered Paper Council (ERPC) announced an impressive 71.7% paper recycling rate for Europe. In their annual monitoring report the ERPC revealed that current paper consumption in Europe has dropped by 13% to the level of 1998, but the recycled amount of paper is 1.5 times higher than in 1998 – a remarkable achievement. 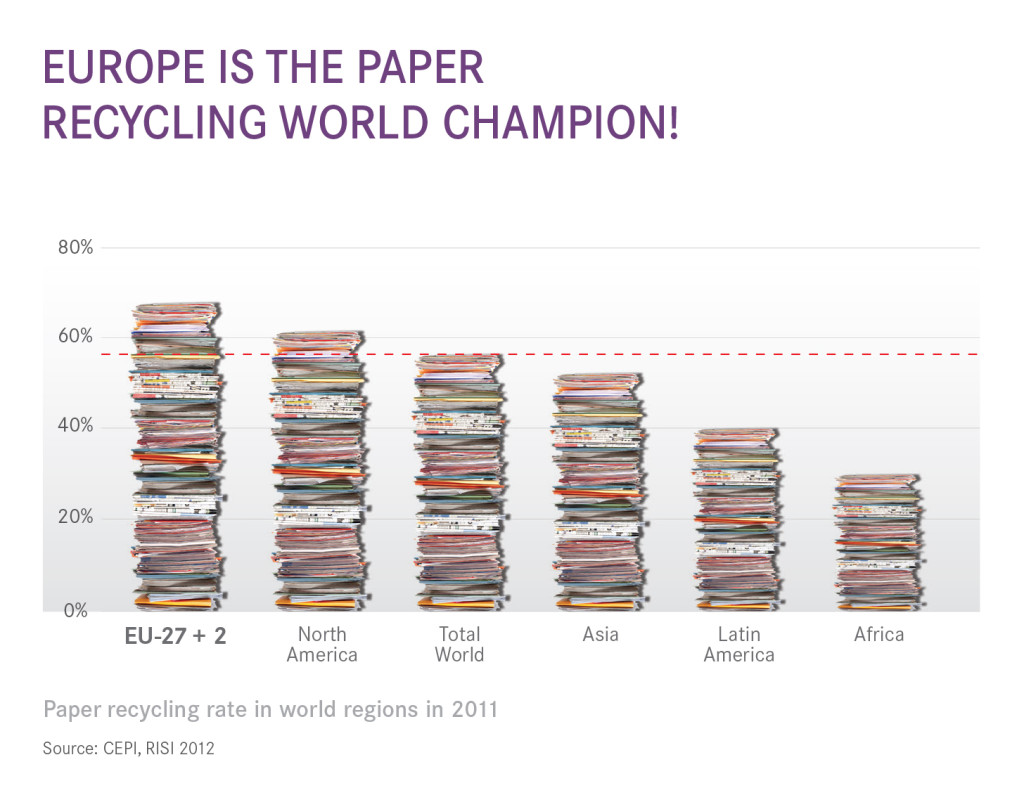 Since 2000 the ERPC has worked consistently on improving the quantity and quality of paper available for recycling. The ERPC monitoring report releases extra insights into the wider context of paper recycling revealing that Europe is the global champion in this field. Furthermore, the ERPC reports that in Europe paper fibre is recycled an astounding 3.5 times a year; world-wide the average is 2.4 times.
The report illustrates additional good news. The number of European countries with a recycling rate below 60% has decreased, whereas there are an established 13 countries where paper recycling rates exceed 70%. To increase paper recycling especially in Central Europe, several ERPC members are partners in EU funded projects working to improve collection systems in that region.
Commenting on the results of the report, ERPC Secretary Jori Ringman-Beck, said: «The European paper value chain devotes huge efforts year after year to simplify paper recycling for citizens and consumers in offices and at home. The figures in the report prove that paper recycling is truly an industry “made in Europe”. And in line with EU policies it needs to be safeguarded to remain so.»

Have a look at the whole report. 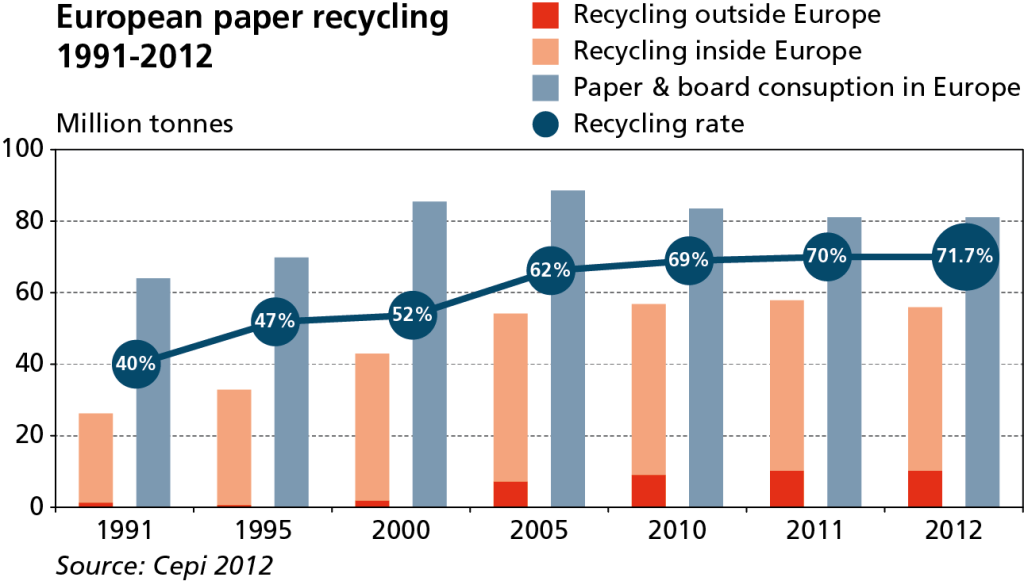 In addition, the ERPC will award innovative technology developments and information campaigns in paper recycling at the European Paper Recycling Awards. The event takes place on 2 October in the European Parliament.