The Fedrigoni Group finalized the 100% acquisition of the corporate capital of Arjo Wiggins Ltda, i.e. a Brazilian company controlled by Arjo Wiggins, which is the only South-American producer of paper for banknotes, security and special papers.

The operation took place within the framework of the international growth and development plan that the Fedrigoni Group has already been implementing for some years now. For 2016 the company expects to register a turnover of over one billion Euro, 70% of which on foreign markets. 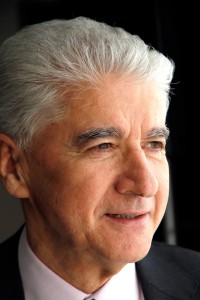 The Italian paper group based in Verona (Veneto region) thus becomes the most important player in this niche characterized by high added value and high profitability in the South-American market. The acquisition of the Brazilian firm enables Fedrigoni to consolidate its position in the country, where it has been present since 2009 with Arconvert Brasil, i.e. a company active in the production and marketing of self-adhesive labels, and to become the first South-American player in the field offering an extensive range of products, including papers for banknotes and secure documents, special papers and self-adhesive papers.

In the words of the Fedrigoni managing director Claudio Alfonsi «the recent acquisitions of the Brazilian company and Gpa, which has been recently finalized in the United States, guarantee a high level of profitability, which will be further improved, and implement the strategic plan submitted to the financial community in 2014». The total compensation paid for the acquisition was about 85 million Euro, five of which to be paid in 2016 upon attainment of certain conditions and results.

In 2014 Arjo Wiggins Ltda registered a turnover of about 70 million Euro and during the first months of this year the company outperformed compared to the results obtained in the previous financial year.