Imagination rides the wave of passion, supported by a large dose of creativity, excellent technique and a lot of patience. Jamie Hannigan is a US artist who creates book sculptures coming alive from characters of fairy tales and science fiction. An absolute marvel.

People say that narratives come alive from a paper book. This is no metaphor, but rather the work of the US artist Jamie Hannigan, who has succeeded in standing our for her sculptures made from used books. A really unique idea, and similarly unique is Jamie Hannigan’s technique and the passion, with which she creates her works of art.

She lives in Scranton, Pennsylvania, and works for a digital marketing agency. Her passion is, however, quite distant from the digital world, as it is fully steeped in paper, glue, scissors and artisanal tools.

Jamie was born in the trade. She grew up in an environment, where also creativity found its right collocation: a truly unique art in this modern age, in which one returns to create emotional objects with their hands.

One starts from a book, normally a used one. The choice is not accidental because, because that book contains the story that one wants to represent. The result is thus a work of art, where paper is not only the material it consists of, but also the vehicle for the emotions linked to a given story. This is an ode to paper and its emotional connotation: a kind of work that turns stories into a 3D dimension using the same much beloved pages and words.

Harry Potter and Game of Thrones are two of the stories the artist drew her inspiration from, with the latter being a project the artist is still working on. We interviewed her for the readers of “Paper Industry Word”. Our chat is reported below.

Who is Jamie Hannigan, and where do you live and work?

«I live in Scranton, Pennsylvania and work at Posture Interactive, a full-service digital marketing agency».

What has your training been?

«My mother is an artist so I grew up in a very artistic home that allowed me to express my creativity. I went to the University of Delaware, where I was an English and Mass Communication double major and I minored in Art. I got to explore mediums that I hadn’t previously had a chance to experiment with, like traditional printmaking and oil painting».

What do you think of the paper world?

«I think paper art is unique in this modern age, and it’s a nice contrast for me because I work with digital media. I like being able to physically use my hands to create something delicate and thought-provoking».

We are particularly interested in your work with paper: do you also use other materials, such as?

«My book sculptures are entirely constructed from the pages of that book and various types of glue. Occasionally I incorporate another element, like battery operated lights, but nothing beyond that».

Regarding the paper: what kind of paper do you use and why did you choose it?

«I primarily make my paper sculptures out of books. I chose books because of the emotional attachment people often feel to stories. I love bringing those stories to life on a three-dimensional level using the pages with the words that people cherish. I typically use used books, unless a client requests something or provides a specific copy».

Do you have a particular technique, which one?

«I sort of created my technique as I went along. I do a lot of folding and a lot of cutting with a variety of implements, including Xacto knives, circular paper cutters, and an assortment of scissors».

Do you work alone or with helpers, and do you have your own workshop or at home?

«I have a studio space in my home. I work alone, but my dog is always there keeping me company!».

What are your customers? Can you do some example?

«I’ve had a variety of customers. People I don’t know who are looking for a special gift for someone, people who want a centrepiece for their wedding, businesses, and schools. I did a series of three books for DePaul University in Chicago for an event for their English department (Lolita, Moby Dick, and Don Quixote)».

About the book sculptures: did you show them in galleries?

«Yes, I have done shows and also was recently selected for a juried exhibition».

Which one are you more attached to and why?

«I’m very attached to the Hogwarts piece made from Harry Potter and the Sorcerer’s Stone. Harry Potter books are near and dear to my heart, but it was my first large architectural-style piece that I attempted and I was very proud of the end result».

«Each piece is inspired by the book it is made of. Typically, I have an idea and sketch something out, then prep the book. To prep the book, I break the spine, remove a significant amount of pages to use to sculpt the piece, and coat it with sealant to form a solid base. I then use the pages to form my vision».

Do you also work for private individuals?

«Yes, I do a lot of commissioned pieces. People approach me about their vision and we figure out a way to make it happen».

Projects in the future?

«I’m currently in the midst of a series of Game of Thrones pieces. I have several more planned and would ultimately like to do a show of all of them together before selling any».

Who is Jamie Hannigan

«Perhaps I’m just easily fascinated, but I often see magic and wonder in things that others might consider mundane. I’m a very imaginative person, and as a child I often created fictional narratives to go along with places or objects. 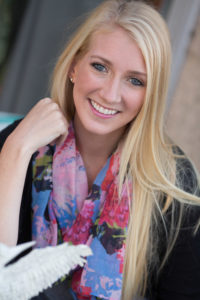 I go through phases, and I’ve learned to embrace that in my work. I create the things I want to make at that exact moment. If just one other person finds enjoyment in what my imagination led me to produce, I consider it a success.

Each book sculpture is cut and assembled by hand from the pages of the book the piece is depicting. With the exception of lights, the only materials used are the pages of the books and various kinds of glue. Click on the main image to see additional views and close ups».

The Game of Thrones

The Game of Thrones is a US TV fantasy series created by David Benioff and D.B. Weiss, which was conceived as the TV adaptation of the cycle of novels ”A Song of Ice and Fire” by George R. R. Martin.

The series tells the adventures of a large ensemble cast and is set in a big fictional world that is mainly composed by the Western continent (Westeros) and the Eastern one (Essos). The biggest and most civilized centre of Westeros is the capital city King’s Landing, where the Iron Throne of the Seven Kingdoms is found. The fight for the conquer of the throne leads the most powerful and noblest families of the continent to follow a web of alliances and conflicts into a convoluted game of power, which involves also the last descendant of the realm’s deposed ruling dynasty,. The political, economic and religious intrigues of the nobles leave population in poverty and degradation, while the world is threatened by the impending winter, that is different by any previous one, reawakening forgotten legendary creatures and reviving obscure and magical forces.

Harry Potter and the philosopher’s stone 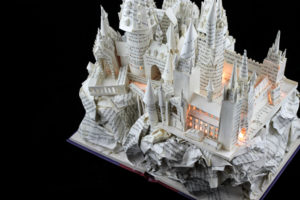 Harry Potter is a fantasy series written by J. K. Rowling and mainly set in the magical world of imagination during the nineties of the 20th century. In particular, it tells the stories of the Hogwarts School of Witchcraft and Wizardry in Scotland in relation to the tormented and paradoxical adolescence of the young English wizard Harry Potter, who is inevitably doomed to fight against Lord Voldemort.