They call him the king of paper and Bruno Zago does not do anything to deny it. On the contrary, through a policy of continuous investments, the 19 companies of his group lead a unique production chain which goes from the collection of waste paper to the implementation of design eco-furniture. On the occasion of the inauguration of another plant, Cuboxal of Silea, let’s try to understand how it was founded and how his «empire» is structured.

The news is that Pro-Gest‎, the most important Italian private company of the paper industry able to transform a million tons of recycled paper into cardboard packaging, packaging products and also into furniture per year, has just opened the new plant of Cuboxal in Silea, a small town in the province of Treviso, Veneto region. Cuboxal is the company of Bruno Zago’s group specialized in producing food cardboard packages. Another piece of the structured mosaic of companies which allow the entrepreneur of the Veneto region to boast having a unique production chain in the recycle area, from the collection of waste paper, to paper production and FSC and Pefc certified cardboards, up to the implementation of design eco-furniture. In the boxes in these pages, we can see in detail some of these pieces of the mosaic, from the Paper Mill of Villa Lagarina which produces both recycled paper for cardboard and tissue paper, to P-One which designs and produces cardboard furniture. These companies are united by Bruno Zago’s common passion for paper who started working when he was about ten years old; recycled paper to be more precise, because the Managing Director of Pro-Gest has always believed that «recycled cardboard is the future, because it does not imply deforestation and because it is more sustainable also from an industrial point of view. For example, to produce a ton of virgin paper fiber, 15 trees, 440,000 liters of water and 7,600 kwh of electricity are required, while for recycling it no trees and only 1,800 liters of water and 2,700 kwh of electricity are necessary».

But the day before the inauguration of the Cuboxal plant, during the family dinner extended to friends and journalists, and actually for a few months before, Zago did not speak about paper; he mostly spoke about wine because, in spite of the fact that he still firmly leads his group (together with his four children, including Francesco Zago who with real passion manages the Paper Mill of Villa Lagarina) he has become a winemaker, and with a pride that he cannot hide, drinks and makes everybody drink the first, good, wines produced by his new 2castelli property, including the «Rosso Bruno». A return to the origins and to the land loved by his farmer parents. One day Bruno Zago moves around his winery in his sweater and toasts on a checked table-clothed table laid, and the day after he is a smart guest in a dark suit at the opening of the plant, together with the Governor of the Veneto Region Luca Zaia and the most important personalities and customers that one can have at an inauguration which also coincides with 35 years of activity of Cuboxal.

At the inauguration were also present the Mayor of Silea Silvano Piazza, the President of Gifco Piero Attoma, the Civil Governor Aldo Adinolfi, the Commmander of Carabinieri Gianfranco Lusito, the Council Member Mirco Lorenzon, the President of UnindustriaTreviso Alessandro Vardanega. «The Pro-Gest Group – said the President of the Veneto Region Luca Zaia – is the pride of our Region. Bruno Zago is an entrepreneur, a self-made man, who started from zero and has built an empire managed as a multi-national company. In a period when many companies have closed down, he is in perfect reverse trend and today celebrates 35 years of a growing company which contributes, together with the other companies of the group to give work to 1,000 people».

If the turnover of the group is slightly decreasing, as reported in the box, Cuboxal has recorded a growth of 5% in 2012 and in the first four months of 2013, a two-numbered increase in volume and a +15% turnover. These results were also obtained thanks to the new areas of the plant which allowed them to enter the worldwide markets, leading the internationalization of the entire Group: in fact, 95% of Cuboxal’s turnover is developed abroad with a leadership in Europe and with amounts that are strongly increasing also overseas. Acquired in 1991 from the Zago family, with 25 million pieces per year, today the company of Silea produces 300 million pieces per year (about a box for each inhabitant in Europe), 1,300,000 pieces per day, printed in up to six colors thanks to the new high technology plants. After moving to the new head office in Silea, the BCR certification was renewed which states the conformity with the Global Standard Food Packaging & Packaging Materials requisites for its food containers in corrugated cardboards and has recently obtained the FSC and PEFC environmental certifications which guarantee the compliance of the company with the international forest safekeeping standards.

In the new plant, the space dedicated to logistics, the warehouse and production was doubled. The structure is extended on 42 thousand square meters, 16 thousands of which are under cover. Some more expansion works are foreseen which, after the already completed dismantling of six thousand square meters of an existing hangar, will lead to the new construction of 12 thousand square meters, which will start after the summer. «With the real estate and equipment investments of several million euros – explains Benedetta Zago, Managing Director of Cuboxal – we are doing an evolution which will be completed during 2013/14 with precise growing objectives: we estimate doubling productivity within 2015-2016».

All in the family 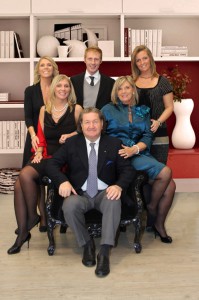 Paper is for the Zagos a real family business. It is a passion which was passed from the father to his and his wife Anna Maria Gasparini’s four children, who are all part of the group with responsibility roles in the various companies: Benedetta Zago (Cuboxal), Alessandra Zago (Axo Sport Usa), Valentina Zago (Axo Sport Italia) and Francesco Zago (Paper Mill of Villa Lagarina). «My children were involved – says Bruno Zago – in the family activity from their own choice. I wanted to insert them while I am still very present as Managing Director, so that I can follow them better through the generation passage. In them I can see the future of my entrepreneurial creature. I like to think that if people cannot live forever, at least companies have the possibility to resist for many generations if they are well managed. A company is well managed if it is not seen just as a mere earning tool but in all its 360°. A growth that is economic and technological but also social, with precise responsibilities in respect to the local identity».

The paper mill of Villa Lagarina

The flagship of the Pro-Gest paper production chain, is certainly the paper mill of Villa Lagarina, in the Trentino Region. In this plant, recycled and pure tissue paper for corrugators are produced and certified according to the FSC and PEFC forest safeguard international standards. They are two important certifications that are added to those already acquired by the paper mill (Quality – ISO 9001, Security – Ohsas 18001 and Environment – ISO 14001) and which underline the attention that Zago’s company has for the quality of products both for the compliance with international standards and for the safeguard of the environment. After having acquired it in 2005, the group has invested over 100 million euros for purchasing an «ecological» continuous machine, able to work at a speed of 1,500 meters per minute, taking 30% less time compared with the traditional paper mills. Among the interventions made inside the paper mill, there is also the strengthening of heat energy recoveries, which since 2011 has allowed a complete energy autonomy and which will soon allow the implementation of a project of district heating extended to the Municipalities of Villa Lagarina, Nogaredo and Pomarolo.

At work at the age of ten 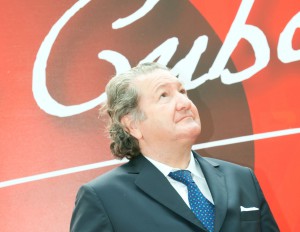 Bruno Zago’s story, Managing Director of Pro-Gest, is one of those stories to be told as an example of what is possible to obtain through commitment, passion and ability. Son of farmers, and not even eleven years old, he started working after he had been to school in the mornings. He worked in a company that dealt with paper and cardboard processing. He made cardboard for the packaging of «focacce» (flat bread), and he made them really well because he was hired and became Director of the company when he was 17. Probably, those were different times and if it were today the welfare workers would probably have intervened, but Bruno Zago’s dream of those days was simply to have a company of his own; but a lot of money was required. So, even if he wanted to do everything himself, he found a partner with capital. On his part, Zago gave the company his experience in cardboard which was already significant although he was only 20. It was in 1973 and after only just 12 months the two partners recovered their invested capital. They worked for three years on behalf of a third party and then they started to have their first direct customers. They started earning and employed about twenty people. After ten years, Zago’s partner, 25 years older than him, decided to leave the management of the company to him and with a gradual pass-down, in 5 years Bruno Zago became the sole owner of the company. In the Eighties, the acquisition and investment step was still on-going and transformed the little cardboard boxes company into a group with 18 companies and more than 1,000 employees.

The light wind of the crisis

If for many companies which work in the paper sector, the general crisis is a hurricane, for the Pro-Gest group it is only a light breeze. 2012 ended with a turnover of 295 million euros, a decrease of 6% compared with the 315 million euros of the previous year. On the whole, a very small thing, which was also determined by the fact that Bruno Zago still aims at the weak Italian market in order to keep the market shares (increased volumes of 12 percentage points) and to safeguard jobs. The operative gross margin decreased from 42 million of 2011 to 21 million of 2012, but, in spite of the continuous investments, the balance sheet was closed with a positive data of 20 million euros and with a 2% reduction of debts with the banks.

The first data of 2013 are good, with a further increase in volumes (+11% in the first three months) along with an increase of prices, especially those of recycled paper (+20%).

And if also furniture were made of cardboard

There was a time when to speak badly about Ikea’s furniture, people said that it was «made of cardboard». Instead P-One, a company specialized in eco-sustainable design and founded in 2009 from the union of know-how and resources between Pro-Gest and Publiremor (a company specialized in the implementation of visual communication instruments), aims with pride at the fact that what is designed and sold is only made in recycled cardboard and comes from the paper mills of Bruno Zago’s group: furniture, accessories, mounting materials, packaging and displayers. Thanks to the adoption of evolved technologies for the processing and printing of cardboard, it is therefore able to create products 100% recycled, 100% made in Italy and 100% recyclable. P-One, led by Tiziano Remor, has the collaboration of important designers for his collections of eco-furniture, like Pamio Design, Fabbian and Shetsu&ShinobuIto. 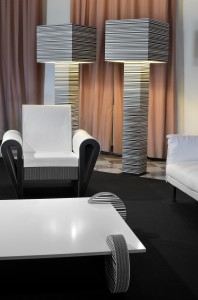