The Two Team Project was an initiative by Cepi to identify the most promising breakthrough technologies to cut the carbon footprint of pulp and papermaking. It brought together two teams and set them to compete using a unique method of open innovation. 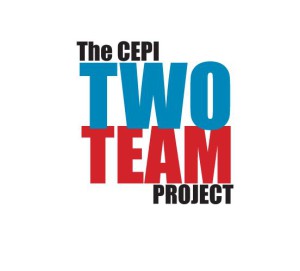 The teams included researchers, scientists, manufacturers, suppliers and representatives from both the pulp and paper industry and other sectors. Stakeholders from around the world provided input via a dedicated Website and social media campaign. The project challenged the teams to be as creative and imaginative as possible while focusing on technologies and solutions for all – old and new, large and small mills, for northern and southern Europe, for tissue, packaging or graphic papers, and for virgin or recycled-based products. Each team decided where to focus, keeping in mind the broad sector scope. Cepi paid particular attention to the geographical base of participants, to secure the broadest European approach. Two former CEOs, Veit Sorger (Mondi) and Frits Beurskens (Smurfi t Kappa Group), served as mentors to the teams, giving guidance, inspiration and direction. In addition, each team was led by a captain, supported by a Cepi Director and driven by a Cepi ‘team engine’, a colleague dedicated to the team.

The teams were set up to compete on creativity, and not lose due to lack of information. At the start they worked together to establish a common knowledge base. They also used crowdsourcing: anybody could submit an idea(s) to the teams via the project’s Website

twoteam.unfoldthefuture.eu. These ideas were considered during the generic concept development. To achieve the best possible cooperation between team members, the final outcome was limited to generic pre-competitive concepts. Cepi and all project partners set up a safe legal environment for team members and everyone who submitted an idea via the Website. Partners signed a nondisclosure agreement and an assignment and licence of intellectual property rights. 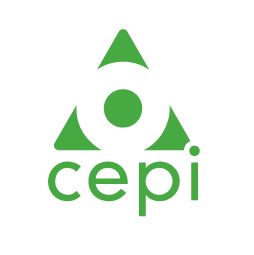 The jury process consisted of two rounds: a pre-jury and a final jury. The pre-jury advised the final jury, based on a scorecard that addressed carbon reduction, value adding potential, innovativeness and feasibility. The jury convened in Brussels on 17 October 2013 to select the winning concept. Neither the teams nor the jury endorsed specific technologies or suppliers. The real test of the concepts now lies in the hands of the industry and the future – only then will we discover which options survive to make it to the market. Jussi Pesonen, Jury Chairman of the Two Team Project, Cepi Chairman and CEO UPM-Kymmene declared: «as Cepi Chairman and Chairman of the jury of the Two Team Project I’ve been happily surprised with the results from this year long search for answers. The teams have really worked ‘out of the box’ and have come with innovating, new concepts and technologies. Working together with suppliers, researchers and academics has paid off. We have opened the windows of our sector’s meeting rooms and let in fresh air. The Two Team Project is not the only place where this occurs. The companies in our sector have launched initiatives in many countries. The European public private partnership on bio-based industries is another key example of new ways of working together. It is clear that a different policy framework is needed to allow industry to stay in Europe and provide the much needed jobs and growth. It is also clear industry needs new answers to the questions of the future and new ways of working. Based on a stable flow of constantly innovated pulp and paper products, we will generate the cash flow for new businesses, in the field of bio-energy, bio-based products and the like. We do have to make the most value out of every tree. This is what shareholders and stakeholders ask from us».

Two Team Project was tasked to identify breakthrough technology concepts for the paper industry in its bid to lower CO2 emissions by 2050. Global markets for resource and energy efficient solutions will grow. Connie Hedegaard, European Commissioner for Climate Action, said: «Cepi Roadmap 2050 and the ideas prepared in the Two Team Project show that the European pulp and paper industry is ‘technology conscious’ and ready for the future challenges. It’s an example to be followed by other sectors». The eight breakthrough technologies identified by the project are a combination of new ideas and of ideas that work in other sectors, but have never been utilized for the paper and pulp sector before. They include some cutting edge research findings as well as innovations that have not yet made it to the market. The solutions are not only found in technology, but also in new ways of working and even changes to the way production is measured today. More importantly, they can open up entirely new product portfolios for the future.

A ground-breaking discovery: Deep Eutectic Solvents (DES), produced by plants, open the way to produce pulp at low temperatures and at atmospheric pressure. Using DES, any type of biomass could be dissolved into lignin, cellulose and hemicellulose with minimal energy, emissions and residues. They could also be used to recover cellulose from waste and dissolve ink residues in recovered paper.

Waterless paper production? Very nearly. Largely dry fibres would be blasted into a forming zone with agitated steam and condensed into a Web using one-thousandth the volume of water used today.

Neither gas nor liquid but somewhere in between, Supercritical CO2 (scCO2) is widely used in many applications, to dry vegetable, fruits and flowers, extract essential oils or spices. Suppliers for NIKE, Adidas and IKEA use it to dye textile. Coffee and tea have been decaffeinated with scCO2 since the early 80s. We could use it to dry pulp and paper without the need for heat and steam, and why not dye paper or remove contaminants too, while we’re at it?

Shifting pulp and paper production to energy-efficient technologies using electricity rather than fossil fuel power to generate heat will cut all CO2 emissions as the power sector shifts to renewable energy. The sector would also provide a buffer and storage capacity for the grid, storing energy as hydrogen or pulp.

Using more energy to use less? You read it right. Using the full power of pure steam for superheated steam drying would save energy as most heat could be recovered and recycled. Steam will then be used as fibre carrier for making and forming paper.

Imagine a papermaking process that uses no water. This is it. Fibres are treated to protect them from shear, and then suspended in a viscous solution at up to 40% concentration. The solution is then pressed out and the thin sheet cured with a choice of additives to deliver the end-product required.

The key to unlocking greater added value from fewer resources depends on a shift to producing more lightweight products, and selling surface area and functionality rather than weight. Advances in sheet formation and new cocktails of raw materials will lead the way to the lightweight future.

The Toolbox to replicate (finalist)

What about the great ideas that never make it? Put together a combination of process, material and equipment innovations as a toolbox of stepping stones to 2050 and the pathway becomes clearer, boosting sector and investor confidence.